In an earlier article, I shared what I learned trying to get a better handle on the Elements of Fiction.  Through my initial research, I realized there was a lot more to learn about each of these fiction elements, so I created additional guides on Character Development, Plot, & Theme that I thought would be helpful. In this guide, we will take a deeper look at Point of View, understanding how to use it and why it’s not so scary once you get it.

This definition of point of view may still seem a bit abstract, I know it did for me.  So in the remainder of this article, I will try to simplify it further for you by doing the following:

Continue reading this guide to master the use of POV once and for all and turn it into another powerful tool in your writing tool belt.

Taking Your Definition of Point of View to the Next Level

Now that you understand the definition of Point of View in literature as referring to the perspective at which the author decides to tell the story. Let’s break down what that means even further.

In order to do this, we need to understand that there are essentially two things that go into creating that perspective the narrator has, no matter which POV you select.

The two elements that make up the narrators point of view:

Here is a great little video that talks about these two concepts and how they contribute to the narrative point of view. Sorry, it’s a little shaky so if you get sea sick easy, skip it.

Why is Point of View Important to Your Story?

If you are like me, then you probably want to know the why behind everything to really give it meaning.  This is common with most people, understanding why something is important is usually directly tied to how motivating it is.

So let’s start off by talking about why Point of View is so important to your story.

As the author, your choice of POV will ultimately dictate what perspective the story is told from. Each POV has some distinct advantages and limitations in how your story is told.

Knowing this, it is critical that you choose your POV according to how close to the action and specific characters you want your readers to be in order to deliver your story in the most impactful method possible.

As a writer, strategically picking your point of view will elevate your book by creating an immersive story that communicates the exact experience you want to deliver to your readers.

Hopefully, I have your attention now as to exactly why the point of view is so important to your story, but don’t worry knowing is half the battle. (shout out to overused sayings from the 80’s)

What are the Different Types of Point of View?

I hope understanding that the grammatical person and level of narrative insight are the two key elements of POV helped you understand POV better. Now that we have a solid foundation, let’ s identify and take a look at the different types of point of view available to you as a writer. Specifically, we will define and look at them through the prism of grammatical person and narrative insight.

The different types of POV are as follows:

What is First Person Point of View? In the First Person Point of View, the story is told as a first-hand account of events through the eyes of the protagonist or narrator. Each of the events that are told is from the perspective of this imperfect narrator and thus the reader can only be privy to the events as they unfold for that character. If the narrator is a character close to the protagonist, then the story can be considered first-person peripheral. Learn how to write compelling first-person narratives here.

The second main type of Point of View is the Second Person.

Sometimes the second person point of view can be thrown into a first or 3rd person narrative by breaking the 4th wall.  This is when the narrator stops and talks directly to the audience.  William Shakespeare sometimes used breaking the 4th wall in his plays like when Puck does it in A Midsummer  Night’s Dream.

Let’s take a look at the next type of point of view, the Third Person POV.

What is Third Person Point of View? In the third person point of view, the narrator isn’t in the story but telling the story from the outside looking in.

There are 3 different types of 3rd person narration. They are:

Read this for a more detailed explanation of Third Person Point of Views.

Pros and Cons of the First, Second, & Third POV

If you recall I said that POV choice should be made in a strategic way by the author.  Understanding the definition and different types of POV is the first step in making that strategic choice correctly.

In this section, I will lay out the pros and cons of each POV so you can get a better idea of which choice might be the best fit for your story.

Here is a great video all about writing in the first person.

PROs of the Second Person

CONs of the Second Person

Here is a great video on the Pros and Cons of the Second Person Point of View.

PROs to the Third Person Point of View

CONs to the Third Person Point of View

Here is a great video that focuses specifically on the pros and cons of Third Person Limited.

Here is another video that focuses on the pros and cons of 3rd person omniscient.

Ok, we’ve gone pretty deep into Point of View up until this point.  I think you probably have a pretty good idea of what each of the different types of point of view has to offer at this point, at least I hope.

So I think at this time it might be helpful to give you some clear examples of each POV to really drive the concepts we’ve discussed home.

Examples of Books Written in the First Person Point of View

Here are some examples of stories written in the First Person Point of View.

Examples of Books Written in the Second Person Point of View

Here are some examples of books written in the Second Person POV.

Here is a larger list of books written in the second person on GoodReads.

Here are some examples of books written in the third person point of view.

Here is a larger list of books written in the third person on GoodReads.  (Although, I’m sure you have no shortage of examples here)

How to choose a Point of View for Your Story?

With all this being said, how do you choose the right Point of View for your story? As an author, you need to consider a few crucial elements when deciding on which POV is best for your book.

Here are some of the questions you should keep in mind when choosing a point of view:

Can a story have multiple POVs?

Often writers ask if stories can have multiple Point of Views. The answer can sometimes confuse people.  So the answer is you need to pick a point of view for your story and stick to it. Meaning, if you pick First Person Observer or Third Person Omniscient then that needs to be the Point of view for the entire work.

However, this shouldn’t be confused with saying that you can’t have multiple points of view characters in a novel. In fact, as we have already reviewed some of the different POVs are designed specifically for that, like 3rd person multiple.

What you want to remember about the point of view is that you are trying to create the best reader experience possible, so keep it easy to understand or your readers might get confused and frustrated.

What are the common mistakes writers make when it comes to POV?

What is the Unreliable Narrator?

The Unreliable Narrator is mostly found in First Person novels.  This is where you as the author essentially use the inherent limitations of the first person narrator.

Authors can use this effectively to keep readers in suspense by creating tension about what is real and what is false in the reader’s mind.

Example of books written with an Unreliable Narrator is:

What is the Rashomon Effect?

You may have heard a term called the Rashomon Effect when it comes to Point of View. So what is the Rashomon effect? The Rashomon effect is when different characters give completely disparate accounts of the same event. This term comes from Akira Kurosawa’s 1950 Film, Rashomon.  This is something that can be accomplished in writing as well and could be an elegant way to approach the point of view of a specific type of story.

link to How To Write The Best Author Bio (With Examples)

Believe it or not, what you write within your author bio is very important. For some, reading your author bio will make or break their decision to buy your book. As an aspiring author myself, I've...

Continue Reading
link to How To Write Gripping, First-Person Narratives

Sometimes, even the best authors struggle with writing a voice that is authentic to their main character. As someone who primarily writes in first-person, I know how hard it is to ensure that the... 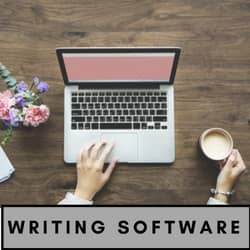 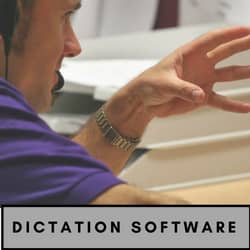 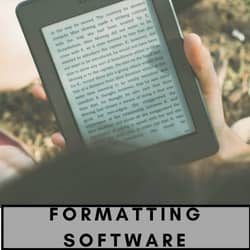 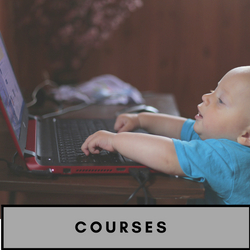 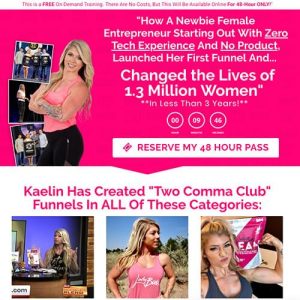